Movement of its inhabitants, citizens; buildings and environment

Seriously, Accattò…You know I am someone who has studied, you can trust me…
tell me your last wishes, what sort of funeral procession?
Friends follow the hearse, first one to weep buys the drinks!
What inscription on the tombstone?
“Try it and see!”

On entering the neighbourhood of Quarticciolo I experienced its centripetal force, due to its movement.
Movement of its inhabitants, citizens; buildings and environment.
Black and white brings an intimacy to narration as well as requiring, in the instant the photo is taken, a careful analysis of the forms.
The colours disappear, reappearing later, becoming brighter in the mind’s eye.
Every image of the Quarticciolo environment repainted itself while the photos themselves were being put in sequence. Almost without effort, together with the colours also the scents and warmth from the sun came back; these drew blinding shadows and left space for the sounds.
The counterforce was released, like a whirlwind, it captured the memories of those colours which now can be SEEN. 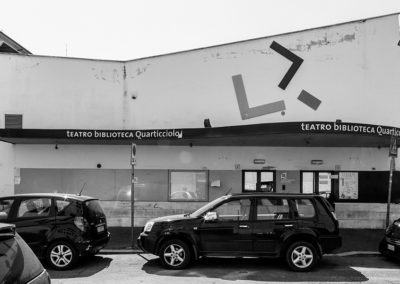 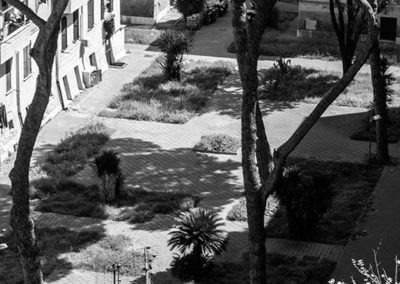 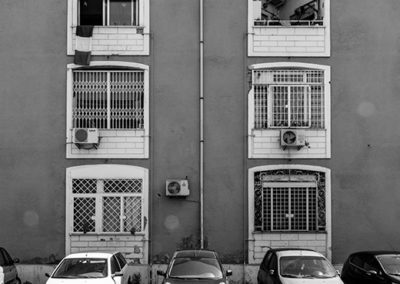 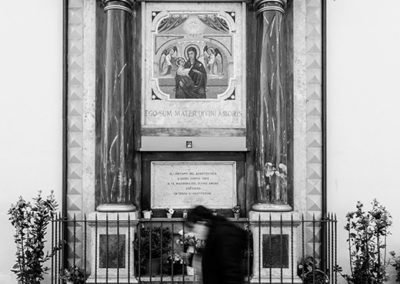 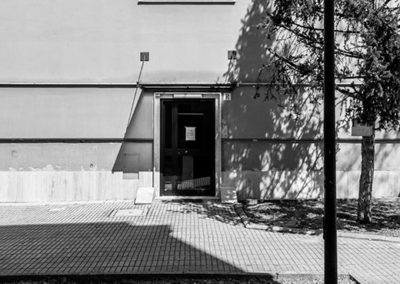 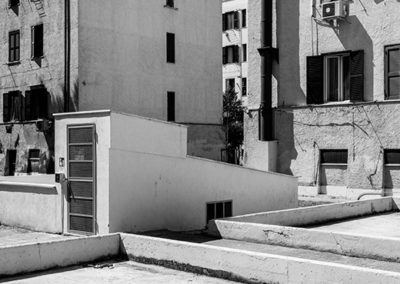 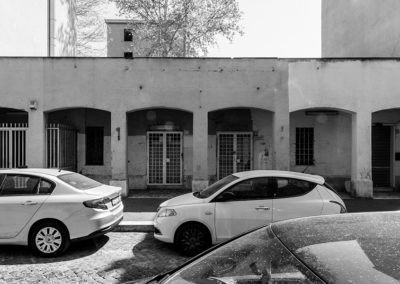 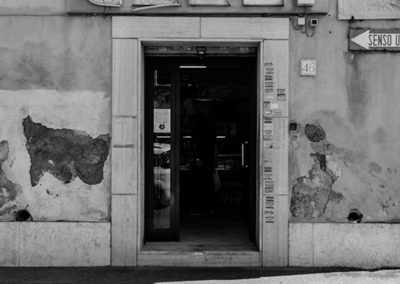 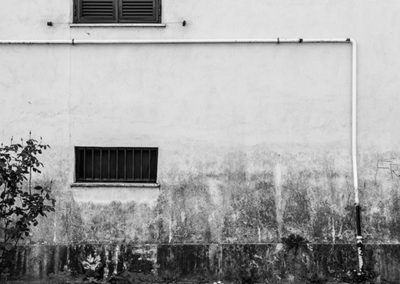 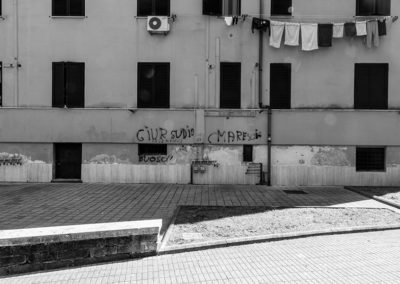 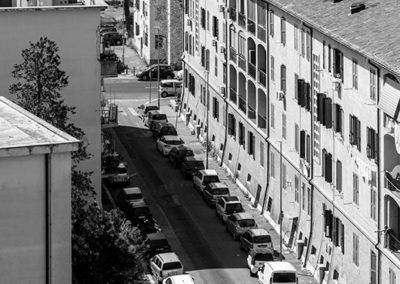 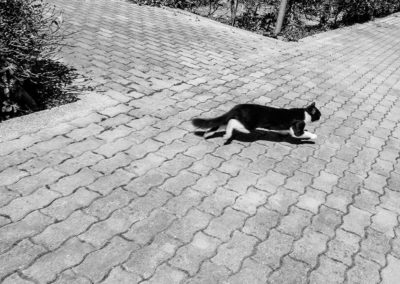 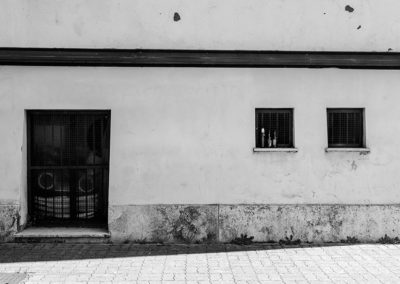 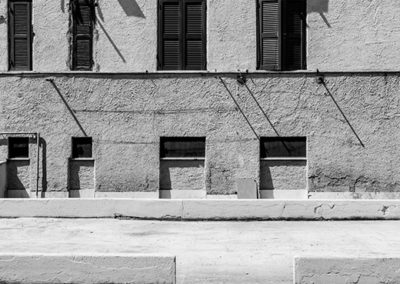 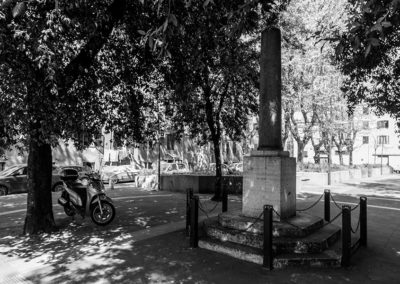 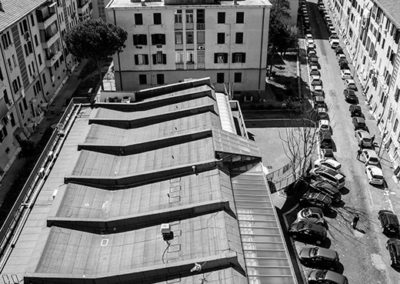 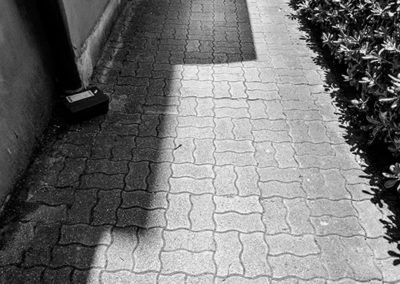 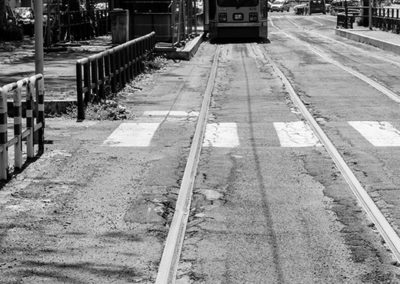 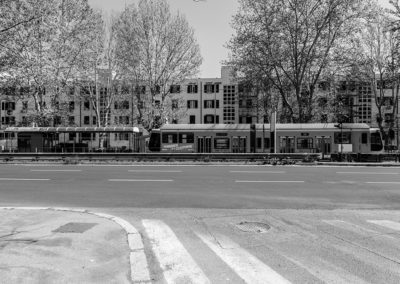 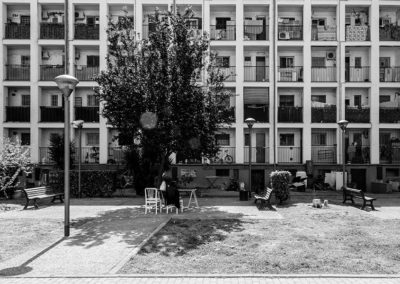 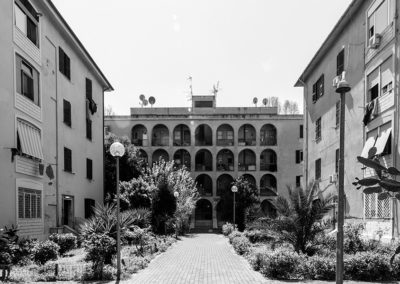 Every individual has the right to freely participate in the cultural activites of his own community, to enjoy art and benefit from the progress of science

Valentina Valentini: The relationship between the city centre and the outskirts was of great political and cultural importance during the seventies,...

Movement of its inhabitants, citizens; buildings and environment

Seriously, Accattò…You know I am someone who has studied, you can trust me... tell me your last wishes, what sort of funeral procession? Friends...

It is time for actions to follow the words

It is time for actions to follow the words, the declarations and the manifestos. However, yesterday, the day before yesterday, last week, last month...

Towards a cooperation in the performing arts

If we try asking ourselves “what time is today?” for the performing arts, it is difficult not to take into account the health emergency that has...

Looking beyond the wall

To take action in the degraded city areas seems to me of crucial importance. I can remember perfectly well how, in the eighties, I was amazed when I...

An experience of togetherness, a cluster of equality

We are fragile, weak, and exhausted, but still we bear the courage to fiercely fight for life. We reclaim the significant and the essential. The...

When we feel afraid, we defend ourselves

We were born 11 months apart, since then there are two of us. We have built all our views overlapping our thoughts, it’s the only way we know to...

NOW is a tangle of

The chair vessel in the rough sea of household objects

Boys and girls have a lot to teach us in this period of lockdown because they can “go crazy” over objects and spaces much more so than us...

What comes after Will there be an after? In the past it would always have been taken for granted there would be an after. Or is it the After with a...

TBQvoices is a means of reflecting on and discussing issues that “strike” us at the present moment, a present moment that also meets and detects the...